Our Alumni: Where are they now? 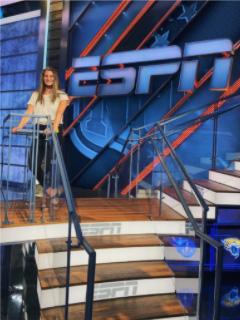 Karina Mattera graduated Spring of 2019 with a major in English/Communications, her concentration in Broadcast media, minor in Sociology and Women, Gender, Sexuality Studies.

Karina started a new job as a Production Assistant at ESPN in Britol, CT.

Karina said the hands-on experience she received since her freshman year helped prepare her for her new career. "Because the school was smaller I was also given the chance to work one on one with the TV directory (Peter) who helped guide me in the right direction and keep me on my feet. In BWN I was always being pushed to do better and be better with constructive criticism that helped tremendously create life-like replicas of the TV industry in the real world."

Along with playing for the women's basketball team, Karina was involved in BWN since the start of her junior year but helped out in the TV studio since her freshman year. Karina had an internship with NBCTC for youth basketball and in her last year worked at Northeast Sports Network producing games.

"Experience is everything in the industry, and the MCLA definitely provides that," Karina said.

Here are a few things that some of our other recent graduates are working on...

Page Designer and Copy editor for The Berkshire Eagle, along with its sister papers The Brattleboro Reformer, The Bennington Banner and The Manchester Journal

"What I appreciated most about majoring in English/Communications at MCLA is the real world experience I gained working on The Beacon, MCLA's student newspaper. Everything I learned in that newsroom from writing to copy-editing to designing pages and everything between translated to the real world newsroom I am working in now, at The Eagle. The various positions I held on The Beacon from staff writer to features editor to editor-in-chief all taught me real world skills and shaped me into the journalist I am today." 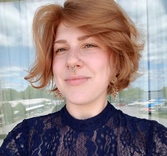 Personal Assistant to the Editor-in-Chief at Tupelo Press in North Adams, MA

"The English/Communications major at MCLA is great because it's set up in a way that makes sure each student gets to at least dip their toes in the various aspects of the major. Although I devoted a lot of my time to my concentration (Creative writing), I really liked being exposed to all the other possibilities. And they're not always taught in conventional ways. While you're learning new things, you're learning new ways to learn them, and therefore new ways to apply them." 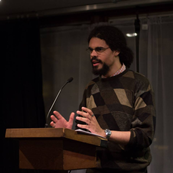 Current M.F.A student in prose at the University of Washington - Seattle

"My time in the English/Communications department at MCLA, in a cultural moment characterized by a relentless appetite for quantifiable valuation and consumability, provided me with an education that is precisely invaluable. The department instilled in me the virtues of rigorous close-reading, deep, humanistic reflection, and ceaseless care about language. The close attention I and my work received was integral to my achievements during and after my four years at MCLA. In times of increasing doubt, the scholarly and creative work I was able to do and the personal and academic relationships I was able to form have guided me well in my thinking and feeling about the world, and the learning of which I was part remains as one of the few constants in a frighteningly shifting moral landscape." 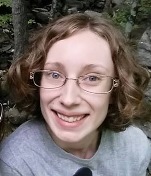 Assistant Language Teacher (ALT) in an English classroom with the Japan Exchange and Teaching (JET) Program. Diana is living and working in Hiroshima Prefecture in Japan

"I believe that the English/Communications department’s greatest strengths come from its interdisciplinary nature. More and more courses are blending creative assignments with analytic work, and courses such as these were some of the best I ever took at MCLA. I always felt a sort of epiphany whenever a skill or piece of subject matter that I learned in once class suddenly popped up in another, and these moments were surprisingly frequent. While there is much room for expansion, this department thrives on its ability to bring the different facets of the wide world of communications studies together." 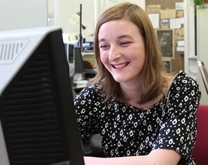 "Since graduating, I've learned how unique the department at MCLA is. Students at other schools think group discussion and analysis is novel. I don't think I had a single lecture based class. All of the classes in my department were based on doing, whether that be writing a short story, filming a live broadcast, interacting with a text, or putting out a weekly newspaper. However, we weren't just dropped into the ocean without learning how to swim. Like a patient parent teaching their child to ride a bike for the first time, I knew my professors wouldn't let go until I was ready. I knew that if I fell they'd be right there to help pick me back up."

"I have an enormous amount of fondness and admiration for the professors who challenged my efforts and encouraged my pursuits. There is a specific, difficult-to-articulate quality about the people who seem drawn to study in the Berkshires, and these people were the best to engage with academically. My success at MCLA was due largely impart to the student body--classes made up of peers I found to be vibrant, enthused and at times, absolutely delightful. I think for an enterprising student, MCLA is a goldmine of opportunity." 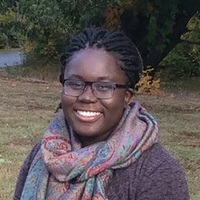 "As an English/Communications major, I was given the chance to create work that was both creative and critical. By this, I mean that while being asked to delve into literary texts with theory and analysis, I also took classes where I got to write poems, science-fiction short stories, and write papers that excited me and nourished my intellectual curiosities. Rather than being given topics to write on, I was always able to research and write on a topic that truly interested me. My time in the English/Communications department allowed me to grow as an intellectual and as a poet. As a writing concentration, I took literature  and poetry classes. This combination allowed me to learn how to write well and read critically. Being able to study literature and write creatively was a personal highlight during my time at MCLA."

Here is a list of organizations which many English/Communications graduates are currently working at or have worked at in the past: